In just a matter of days the first FDA approved sexual dysfunction medication for women will be available in a pharmacy near you. It is used to treat low desire, or hypoactive sexual desire disorder (HSDD) in pre-menopausal women. Depending on who you speak to, this is great news or a huge mistake.

I purposely titled this post as I did to actually underscore the fact that the pill, marketed as Addyi (or flibanserin), is definitely not like Viagra at all. Though it is pink . Viagra works to increase blood flow to the penis, thereby enabling (with stimulation) an erection sufficiently hard to allow for penetration. Addyi works on several brain chemicals (dopamine, norepinephrine and serotonin) to cause increased spontaneous desire and arousal–which isn’t how desire works for most women anyway. According to the FDA website, “…the mechanism by which the drug improves sexual desire and related distress is not known.” This drug, which was previously rejected twice before by the FDA for approval, was originally tested as an antidepressant. Hmmm.

In the trials, generally healthy women who had no other apparent physical, emotional, psychological or relationship causes for their lack of libido, experienced .5-1 more sexually satisfying event per month after taking Addyi. Ten percent (10%) more of women treated with Addyi vs. placebo experienced “meaningful improvements”. To some this seems paltry at best, and to others it’s incredibly significant. Was it placebo affect? Was it that these women were now thinking about sex more, focusing more on potentially sexually satisfying sexual experiences, instead of say, the kids or the laundry? I don’t know. I think  we really can’t say at this point.

There are some very significant downsides to taking this medication. First, it has to be taken every day–not just episodically, like Viagra. The most common side effects experienced were nausea, sleepiness, dizziness, significantly lowered blood pressure and fainting. Hard to imagine wanting to engage sexually when you’re nauseated and asleep. But of all the negative side effects experienced, significantly low blood pressure and fainting were the most alarming. And all of the side effects were greatly exacerbated by alcohol consumption. So, patients must sign an informed consent agreement stating they will not drink any alcohol while taking flibanserin, before their health care provider can prescribe it. None. Not a little wine once in a while with dinner. Not a glass of champagne at your sister’s wedding. NONE. Interestingly, most of the research related to the effects of alcohol and Addyi were done on men!! Men are generally bigger, have greater muscle mass than women, and are known to metabolize alcohol differently than women.

Some feel that based on all the money that pharmaceutical companies make on erectile dysfunction drugs, this was purely motivated by a desire to corner the market for a female sexual dysfunction drug. Certainly with all the hype and news coverage flibanserin has already received, it seems that Sprout pharmaceuticals (the maker of Addyi) will have to spend little on marketing the drug. Others feel it was a political move, so that the FDA wouldn’t be accused, yet again, of gender bias in approving drugs for sexual dysfunction.

I do have a fear, as do many others, that the approval of this drug, and all the concomitant hype, further pathologizes women who may be perfectly happy with how often they want to engage sexually, but now feel even more pressure to live up to some market driven “norm”.

In spite of the statistically very small numbers of positive effects, the very daunting negative side effect profile, the fact that it is not indicated for post-menopausal women, and all the other plausible socio-political arguments,  I could still see possibly prescribing Addyi for a small population of women: those who suffer greatly (as do their partners) from low sexual desire, who’ve tried all kinds of life style strategies with the help and guidance of a sex counselor/therapist, to no avail, and who meet all the requirements spelled out by the FDA. In time we shall see how this all plays out. 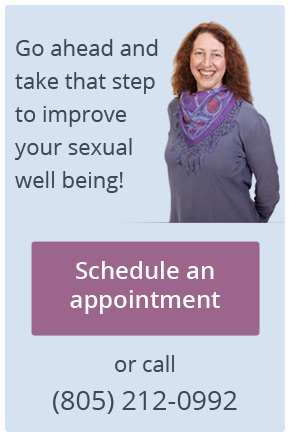